The Religion Of Ayahuasca: The Teachings Of The Church Of Santo Daime

From the back cover:

The Religion of Ayahuasca is a story of a classic spiritual encounter comparable to the Tibetan Saint Milarepa’s search for his teacher Marpa. It is also an intimate account of the genesis of an important religious tradition from its modest beginnings in Brazil to its growth throughout the world, offering an inside look at the spiritually centered village of Mapiá--a model for communities in the 21st century--and at the religious leader who helped create it. Providing insight into the spiritual path the Daime offers, Alverga’s tale reveals the new depths of being made available through the sacred use of ayahuasca.

ALEX POLARI DE ALVERGA spent years as a political prisoner during the rule of the military junta in Brazil, enduring torture, brutality, and deprivation. On his release from captivity, he encountered the Santo Daime religion and is currently a padrinho (spiritual father) in the spiritual community of Mapiá. 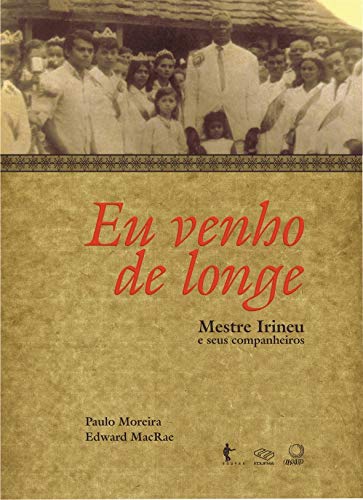 This book reveals the importance of Daime in the formation of the Acre identity. It highlights details of the path taken by Mestre Irineu and his companions; addresses issues such as his relationship with spiritists, esoteric, military and politicians and the defense strategies used by this leader to protect his community from persecution. The entire text is illustrated with photos and maps, in addition to gathering testimonies from the first participants of this religious movement, many of whom have died or are old.